Daniel is Co-Owner of Danja Yoga, teaches Vinyasa Yoga and Meditation, and is Lead Teacher on our Teacher Training Faculty. Daniel came to yoga after weightlifting left his muscles tight and he wanted regain flexibility. He soon grew to appreciate yoga for not just its physical benefits but also the focus and calm that yoga provides. His classes are highly inclusive and well-loved for their physical and mental inquiry, cultivation of curiosity, courage, strength. and sense of humor. 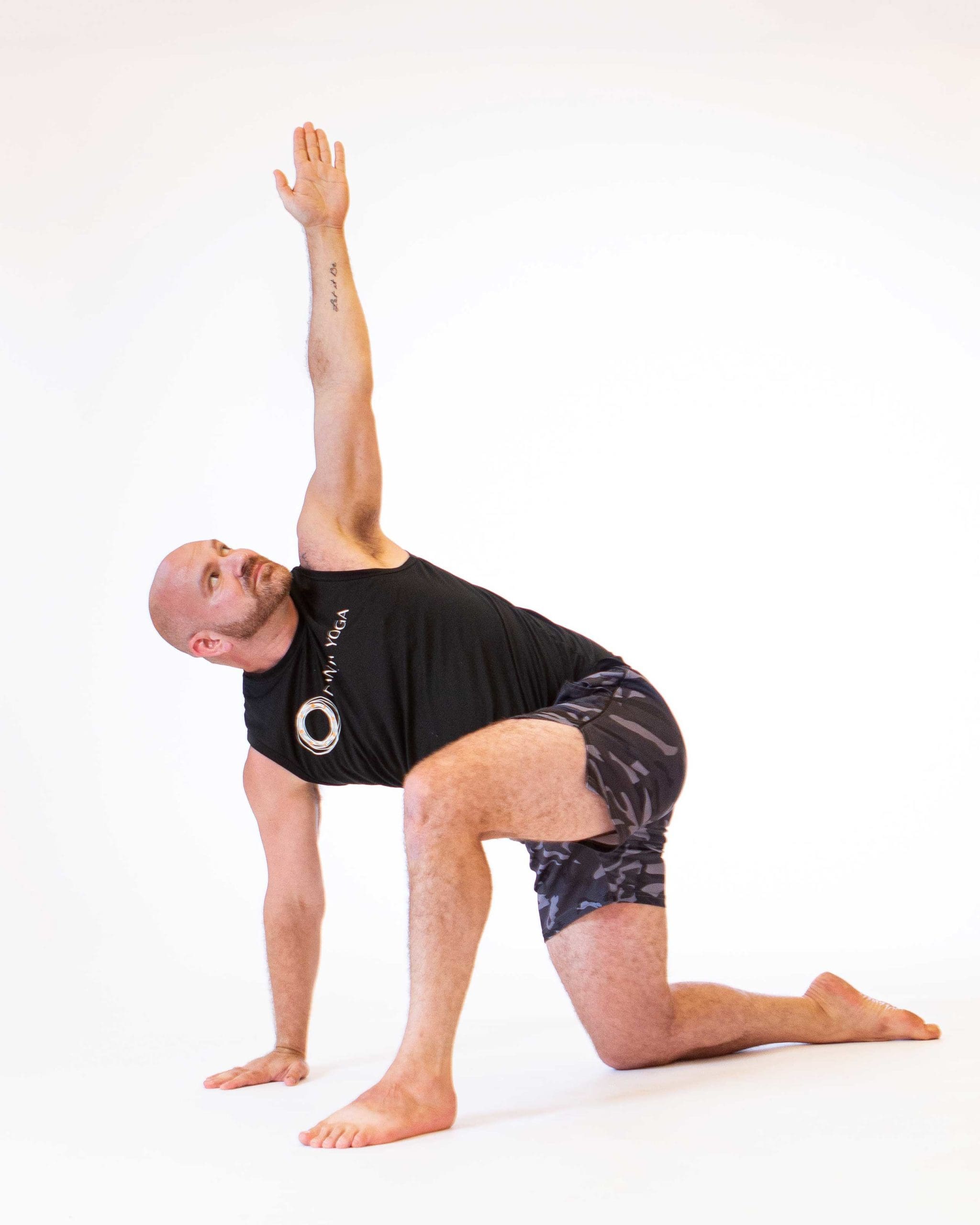 Daniel Sernicola, E-RYT 500, YACEP, RMT, CR, CA, is a sought-after yoga, meditation, and reiki teacher based in Columbus, Ohio. He embarked on his personal yoga journey when he came to the simple realization that he couldn’t touch his toes. In an effort to regain flexibility lost through working out, he started practicing yoga and quickly realized its numerous benefits, extending beyond the physical. Daniel believes yoga heals and nourishes and includes this knowledge in his teaching. His classes offer a heartfelt and eclectic mix of philosophy, asana, pranayama, meditation, reiki, and a healthy dose of humor designed to awaken healing and wellness.

Daniel has worked with athletes for many years to improve and increase athletic performance from both a physical and mental perspective and makes his classes approachable for all by providing modifications and adjustments for challenging poses. He’s worked with local sports teams, including The Ohio State University Men’s Crew, Westerville Crew, Upper Arlington Crew, Greater Columbus Rowing Association, Columbus Coyotes RFC, and Stonewall Sports Columbus.

Daniel is passionate about bringing yoga and mindfulness to youth and developed a comprehensive program in the Columbus community for anti-bullying, self-acceptance, and healing from trauma. In October 2016, his work with underserved youth was recognized with a “Distinguished Community Partner of 2016” award given by Kaleidoscope Youth Center. ​In 2017, Daniel was named one of the top fitness instructors in Columbus by Columbus Navigator.

As a student and teacher of Tibetan Buddhism, Daniel has developed meditation and mindfulness programs inviting others to realize the benefits of meditation in their lives. He has primarily studied in the Shambhala and other Tibetan traditions, but has also studied Zen Buddhism. Daniel first came to meditation during a difficult period in his life. Learning to sit with thoughts and emotions led to inner peace and awakening.

As a reiki practitioner and master teacher, Daniel has introduced others to this healing energy work through trainings, workshops, and private sessions. He is a Shihan in the Eastern method of Komyo ReikiDo.

Daniel is an experienced registered yoga teacher with the Yoga Alliance. He has over 2,100 hours of yoga and meditation teacher training from some of the most respected teachers today, including Dr. A.L.V. Kumar, Sage Rountree, Cyndi Lee, Marcia Miller, Ethan Nichtern, and Sharon Salzberg. Daniel obtained his first 500-Hour from Carolina Yoga Company and his second 500-Hour from Traditional Yoga India. He has certifications in Trauma-Informed Yoga, Yoga for Athletes, Restorative Yoga, Pranayama, Meditation, and Reiki.

His expertise has been called upon commercially as a yoga and meditation teacher for The Ohio State University, OSU LiFEsports, Kaleidoscope Youth Center, J. P. Morgan Chase, Chamberlain College of Nursing, OhioHealth, Young Living, Inc., Osborn Engineering, Branch Insurance, Kroger, LBrands, Barge Design Solutions, and Society for Marketing Professional Services to name a few. His work has been featured in Columbus Underground, and he is a regular writer and contributor for Yoga Journal Publications.

Utilizing knowledge from a successful career in corporate marketing, Daniel co-founded Danja Yoga, creating a diversified mix of the spiritual, physical, and business side of yoga, meditation, and reiki. It is his life’s passion and goal to inspire others and build better lives and communities.

What inspired you to become a yoga teacher?

I came to yoga for the physical practice and discovered that it helped with athletic recovery, anxiety, and made me feel whole.

What yoga certifications do you have?

Danja provides a nurturing and safe environment to learn yoga and explore who you are. Many styles of yoga are represented on our schedule and you're sure to find one that resonates with you.

What is one piece of advice you give your students?

What is your favorite yoga pose and why?

Legs up the wall! The pose provides numerous benefits and is my go to when I need a small recharge or feel sickness coming on.

What is your favorite yoga book?

The Hatha Yoga Pradipika. This classic book takes us back to the roots of yoga and provides detailed descriptions of how to practice asana and pranayama.

What's something most people don't know about you?

I collect a lot of different items and love antiquing and restoring items to their original splendor! I'm also a singer and play piano to de-stress.

What are you passionate about outside of yoga?

I love plants and animals. Nothing makes me happier than spending time with my pups, Aesop and Enzo. I also have a creep of tortoises and a large collection of rare plants.